Hey everyone, I am Joe. Welcome to my blog and networked-note repository. For the past five months I've been chained to my laptop, building this website and teaching myself to code at the expense of all hygiene, income, and sanity. I am now unsure I still know how to speak English. Thank you from the bottom of my heart for coming here, and for spending some time with the smelly, broke, crazy person I've become.

It has of course been comforting, in These Times, to spend most of my days in the elegant, sterile world of Javascript. Outside in America, the armies of dumb are on the move. An incompetent Armaggeddon stumbles forward like a drunk looking for its keys. 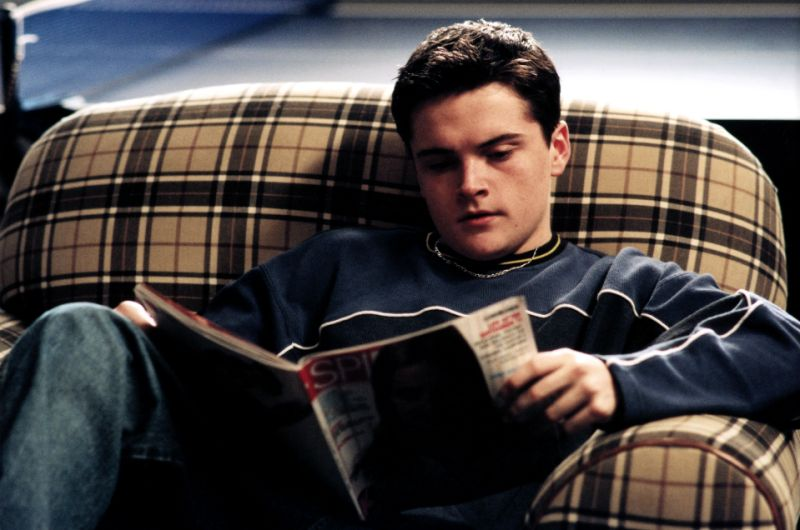 It's a great time to drown one's daydreams in workahol, and I'm proud of this little website, flight from reality as it may be. These scotch-taped Flexboxes, these Jenga Tower'd node modules-- they stand as a testament to perseverance, and the good that can be done when a person is not allowed to go outside.

Of course it's not enough, it's never enough, and saving the world is who knows how many more months away. But I do feel like I'm finally getting started.

Seph News had two core motivations at the outset, both motivated by the psychic chaos of early June this year:

The second aim was especially urgent after the first few weeks of the protests. It's childish to look back on, but I was optimistic about lockdown in the spring.

Forced to stay inside for months on end, I imagined the human race on an inward journey of self-reflection, a kind of mandatory sesshin for the soul. We would return to what truly mattered, leaving the strip malls to crumble, the shared struggle uniting us, the Age of Aquarius surely on its way.

Then Minneapolis exploded, my social network went into DEFCON 5, and I spent weeks glued to Twitter, videos of grisly police violence burning themselves into my eyes. Hashtag BLUEFALL, they called it. It felt like a form of brain damage. I became deeply pessimistic about the future of my projects.

One thing I knew was that there was no way I was watching the rest of the apocalypse unfold from inside Facebook.com. If I had to make my own website, so be it. The predators of surveillance capitalism, like the Brain Bug in Starship Troopers, could surely be bested in time. 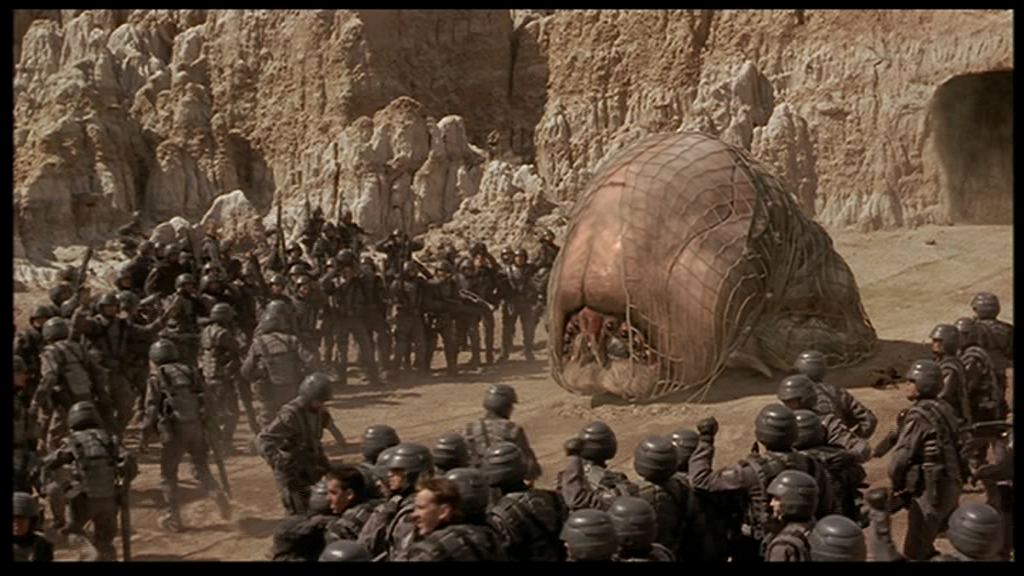 I think one of these things is living in my cellphone.

And after a few months at Youtube University, I can confidently tell you it's possible! Anyone can replace their social media profiles with a hand-coded website, if only they're willing to endure a little repetitive eye strain and a few months of estrangement from the people they love.

Though Seph News may not be the flashiest thing to look at, there's a lot of powerful stuff under the hood, and beyond the domain name it all cost precisely zero dollars. I told myself when I started that I wouldn't use any tools that cost money (including tutorials), so if you're low on funds, everything you see here could be yours! I plan to catalog all the resources I used-- by the time you read this, hopefully I'll have a link to my professional dev site in the about section.

If your internet wormholes have been different than mine over the past few months, you probably haven't heard of bidirectionally-linked networked note-taking apps, or the hype-tornado they've set off across the tech world. You can of course be forgiven.

In short, a networked note-taking system allows each piece of writing within it to be automatically cited in the notes it links to, which weaves one's writing into a brain-like, unified whole. It's a throwback to many of the early, avant-garde visions of the internet that people had before everything started sucking. There has been a tidal wave of new apps with these tools, many of which were developed in quarantine, and I've become completely obsessed with them.

The Notes section of this website is my attempt at publishing this kind of writing. For now it's pretty rough, but I've got a lot of ideas about expanding it and playing with the data within. I'm so excited by this stuff that I don't know where to start when I try to talk about it-- the ideas were born of quarantine solitude, and still lay private and precious in my skull.

Most networked-thought software allows the writer to create a visual graph of their ideas. This is the graph from my private Obsidian vault, which I've been cultivating since July: 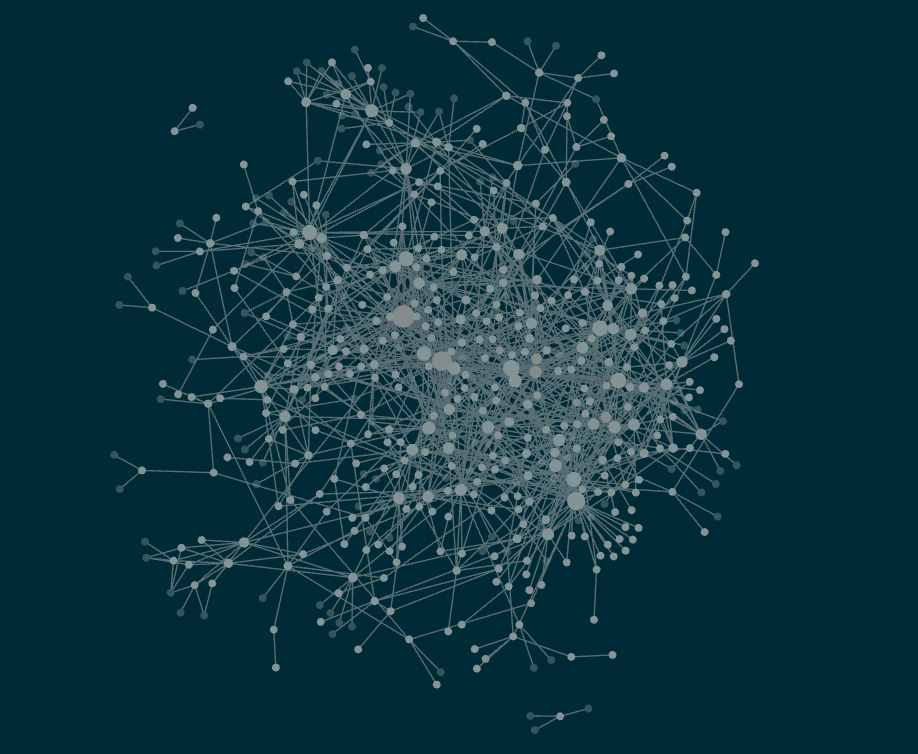 Every node in this graph is a text file.

The topic is vast, and the conversation around it is often full of Silicon Valley hypemen, so it can be a little overwhelming at first. Here are a few links that could help you get started.

But if any of this sounds remotely cool to you, I'd really just recommend downloading Obsidian, writing some random stuff, and seeing if it whets your whistle.

Believe it or not, my interest in Hypertext is directly related to all the madness and despair going on outside. Until we can address the philosophical challenges to our age-- its complete reversal of our established ways of knowing, thinking, and communicating-- our efforts at systemic change will be always be at risk of getting swallowed up and subverted by this giant Holographic machine.

We have to create a new way of thinking, one that is not at the mercy of poorly-understood technology. It may sound a little starry-eyed and tech-broey to say so, but I think these tools for thought can play a major role.

If life actually worked the way I expect it to when writing a to-do list on five cups of coffee, Seph News would likely not exist. This site would've been a multi-author webmagazine of the future, the spiritual successor to Infection House, complete with micropayments, bidirectional links, user authentication, poet-for-hire services, and every other harebrained feature I sketched out in my notebook this year.

Since coding is hard, I needed a baby step, and here we are. But I have not forgotten! The next magazine project is on its way, and I am eager to document the work done on it as it goes. None of this would be worth the blood/sweat/tears if it only served to give me a platform-- what I really want to do is bring my friends and our worldwide network along.

If you dig what you find on this website, please consider signing up for my newsletter. I won't blow up your inbox, or write lame stuff out of a sense of obligation-- just brief, enjoyable updates on things I've been reading and working on. Knowing there are actual people curious about what I have to say is a huge motivation to keep this up.