The games of AlphaZero and Stockfish are helpful in sketching out the phenomenology of superintelligent contact.

Stockfish is a current-generation chess engine, capable of beating any human player.

AlphaZero is a next-generation engine, trained by Google/DeepMind to play Go, that is also an interdimensionally good chess player.

It's important to stress that chess AI is squarely better than humans at this point. Stockfish will beat any human chess player.

What human chess champions are to Stockfish, Stockfish is to AlphaZero.

AlphaZero's dominance can give rise to positions that are surreal, like this one: 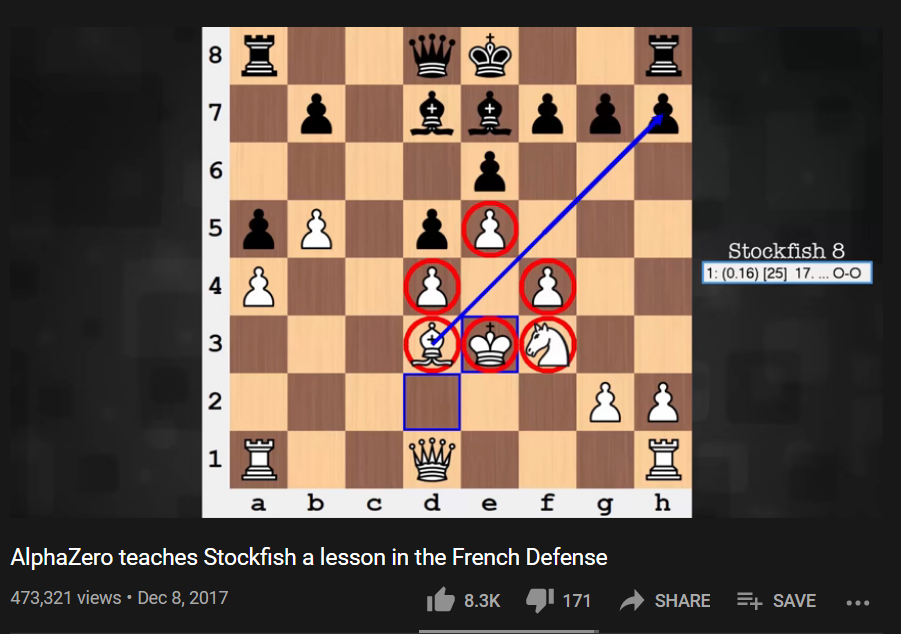 AlphaZero (white) moves its king up to the middle of the board, flouting common sense.

A king is not supposed to be in the center of the board. AZ creates its own castle for the king, squeezing into the center, where it can continue to suffocate Stockfish's position.

Where A is a David Abram-style animist perception (nature perceives us, it is a two-way street), B is our current epoch, and C is a hypothetical future dominated by artificial intelligence. Accordi...
loading...